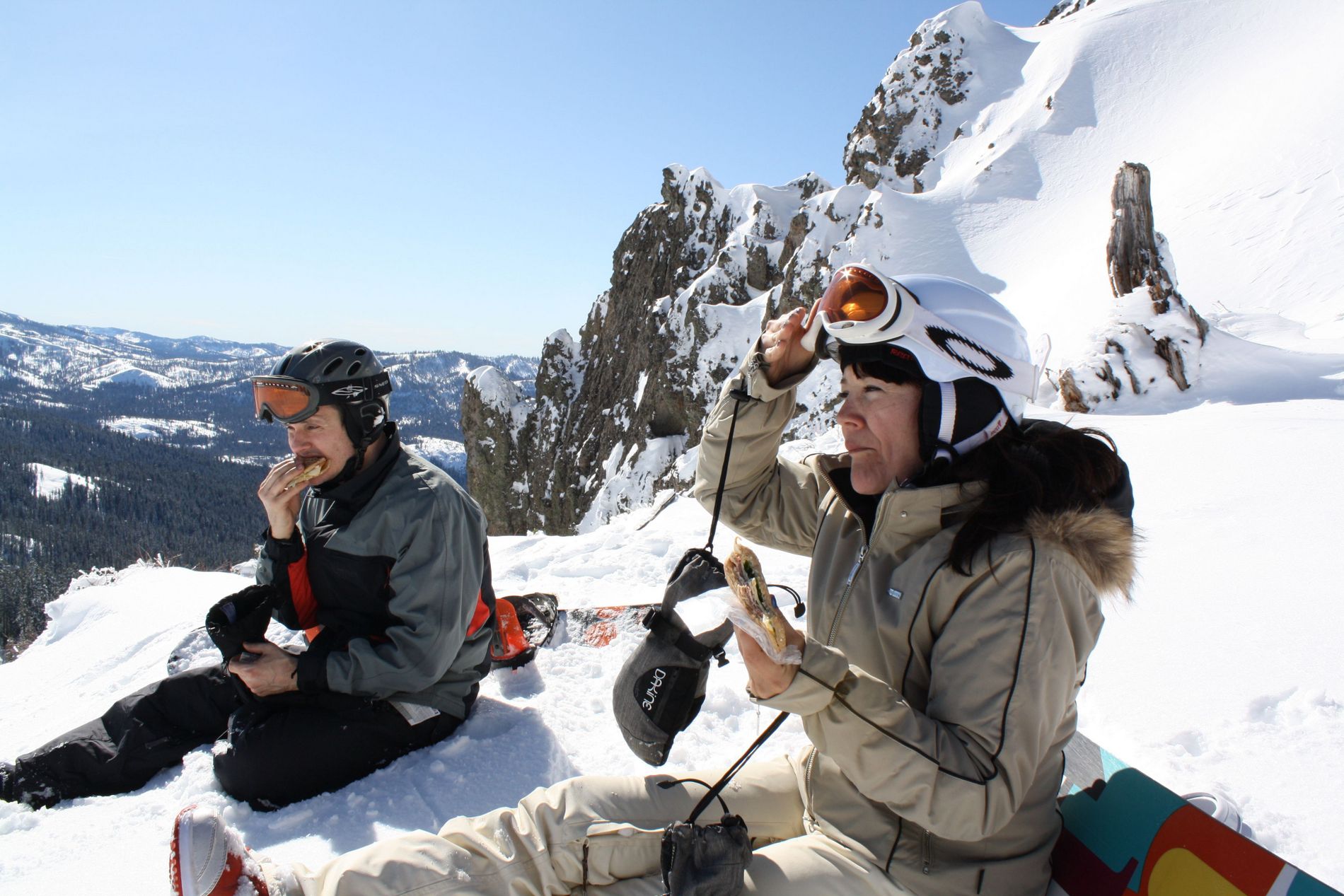 We usually don’t ride weekends. No deals and too many crowds, but made an exception for Sugar Bowl. Our buddy Adam came up to ride, and he’s got one of those things where he can’t hang out during the week — I think it’s called a “job”. Our natural inclination to dodge people led us to some of the best stuff at Sugar Bowl.

We started the morning out by Disney Peak. We flew through some quick warm up laps in the glades. Then we hiked out of the gate just past the boundary line. It was a classic California bluebird day with some welcome sun. We settled in for a picnic with salami sandwiches.

Then it was over to the Palisades. There hadn’t been a ton of new snow so we kept it mellow, hitting the lower section…and honestly, I’m not sure how a few of the tracks got onto the upper. There’s some huge lines with mandatory cliff drops in some of the Palisades.

By late afternoon, we made it over to the Judah Bowl. Sugar Bowl’s backcountry policy is fairly laid back. There are gates with warnings (including an awesome skull and crossbones). It’s simple, it’s clear, and more important to us, it was open. This is a really easy hike along a cat tracked ridge line. The bowl itself is quite short, but has some great turns if you’re willing to work for your powder.

We also spent some time drooling over the backside of Sugar Bowl. A bunch of riders dotted the backcountry,some hiking while others worked on a kicker, all with the backdrop of Donner Lake far below.

Apres-Ski Report:
We took advantage of the sunny day and clear road conditions to head down to South Lake Tahoe. Route 89 turns epic just south of Homewood with amazing views of the lake and Emerald Bay. We would show you some photos except there’s no where to pull and RV over. With the sun setting, we rolled into Stateline, Nevada. The first casino we went into, the Montblue, has a 24/7 happy hour. You could argue that it’s not a “happy hour”, but the actual price…but you can’t argue with $1.50 PBR drafts.