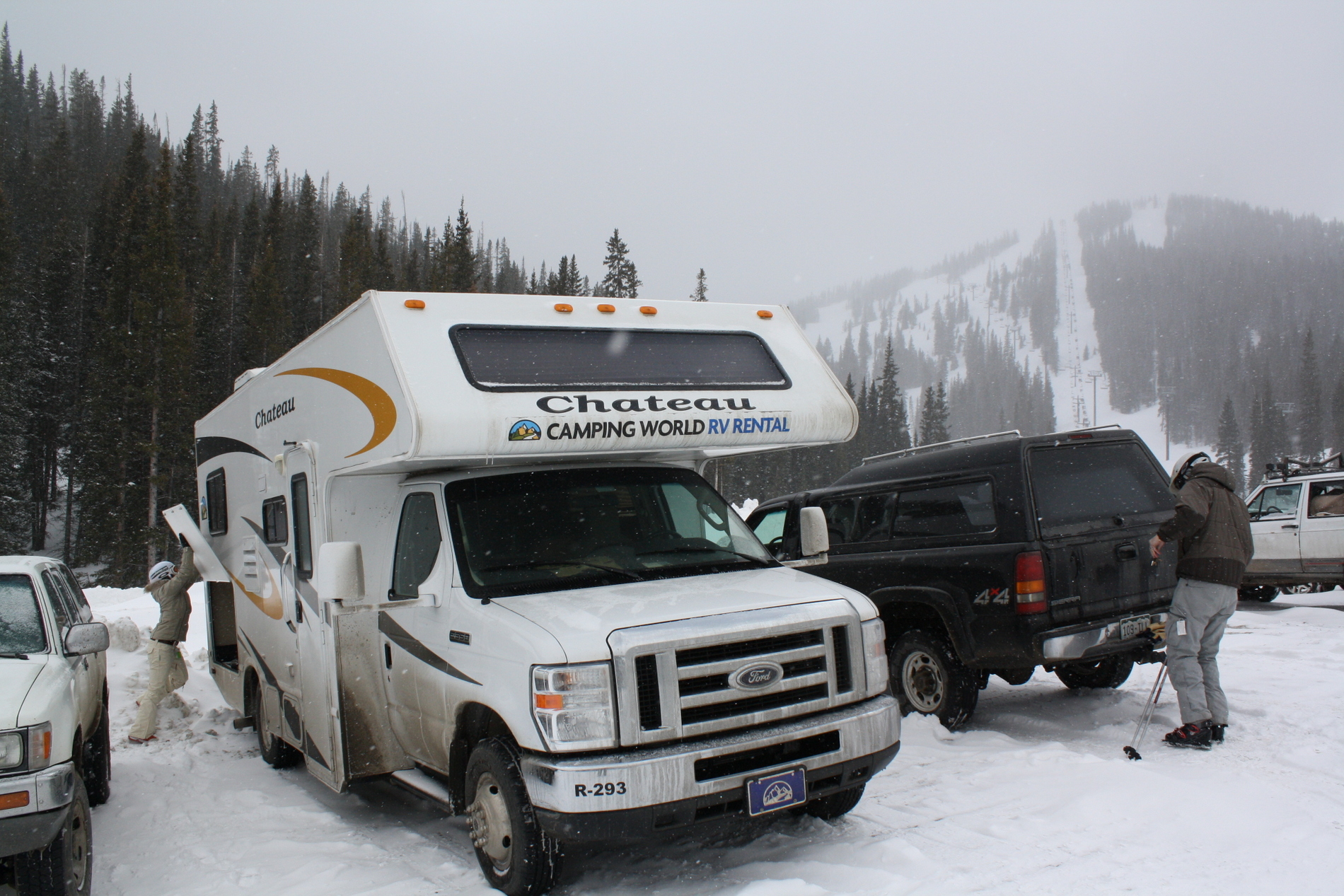 The 30 mph wind gusts brought me to my knees while Coco struggled to stay upright. A clearing in the whiteout showed that we had reached the Mirkwood Forest. Ahead of us: Orcs. There was no choice. We strapped in and dove into the Mirkwood to escape. Two turns down, the wind died away and we found ourselves in a huge bowl filled with six fresh inches of powder. Welcome to Monarch.

Monarch Mountain is a Colorado gem perched on top of the Continental Divide. Their unique positioning means that this smaller ski area gets hit with both north and south facing storms. Like Timberline Lodge in Oregon, Monarch was created in the thirties under the WPA (Works Progress Administration) which promoted construction of recreation areas. Maybe we need some of these projects in today’s stimulus bill…

The big snows this winter have gravitated towards southern Colorado, so it’s no surprise that the 100 Days of Winter trip headed this way too. We were immediately rewarded with a powder day. Never mind the howling wind and low visibility, we’re never ones to snub fresh flakes.

Monarch is not your typical small mountain. While most areas this size focus on beginners and blue groomers, 58% of Monarch’s runs are expert. There’s a hiking area that leads out to the aforementioned Orcs and Mirkwood Bowl. Oh yeah, they also have a dedicated snow cat area. With the season that Monarch is having this year, you’ll want to take advantage of their late season snow cat pricing — only $180 after March 22.

Deals at Monarch are as plentiful as the snow. The Shell 2 for 1 deal is in effect — every day of the week. Their season pass is one of the best deals in the country. If you get tired of shredding Monarch, they have agreements with eleven other ski areas ranging from 1/2 price Alta tickets to free tickets at Purgatory and Silverton. We counted 19 free days of riding.

There’s one hotel about ten minutes from the ski area, but you should really stay in Salida. The rustic downtown perched on the river has everything you need for apres-ski entertainment. We jumped onto the Internet at the cozy Simmering Cup Coffee House, then caught some local musicans and beers at the Salida Cafe. If you’re looking for the best bar town, head over to “The Vic” on F Street.