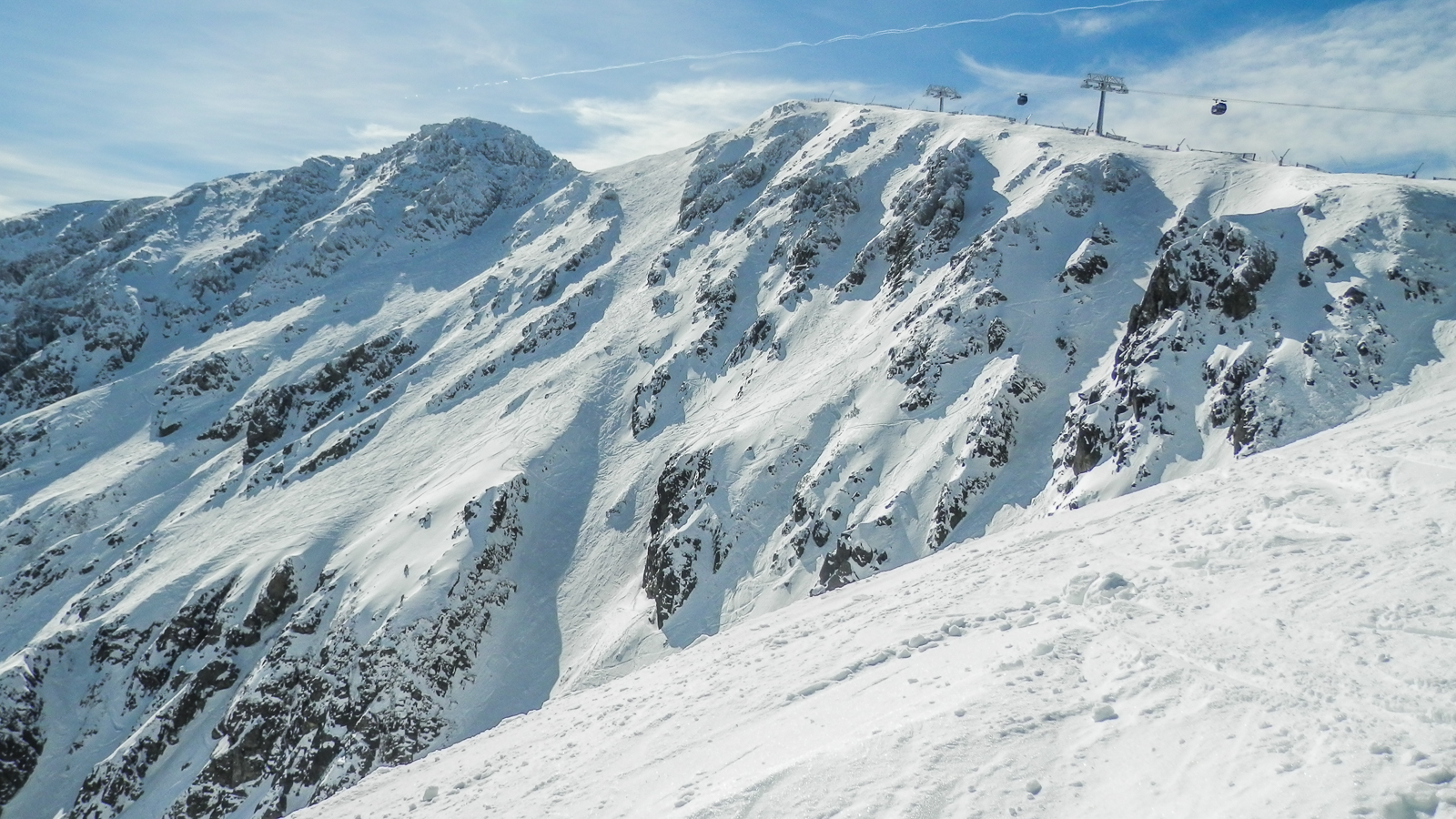 I’m at Jasná Resort and while it’s certainly sunny here, I’m seeing lots of potential at Slovakia’s largest ski area. Check out these steeps (that are unfortunately closed)! With nearly 360 degrees of freeriding off the top of the peak, I’m already making plans to come back in January.

It’s been a while since I’ve been to a proper resort and Jasná in the Low Tatra Mountains certainly fits the bill. Modern lifts, lots of runs, and some challenging off-piste chutes makes this one of the more interesting spots I’ve seen this winter. So interesting, that I would consider moving here for a winter, but there’s two major issues. 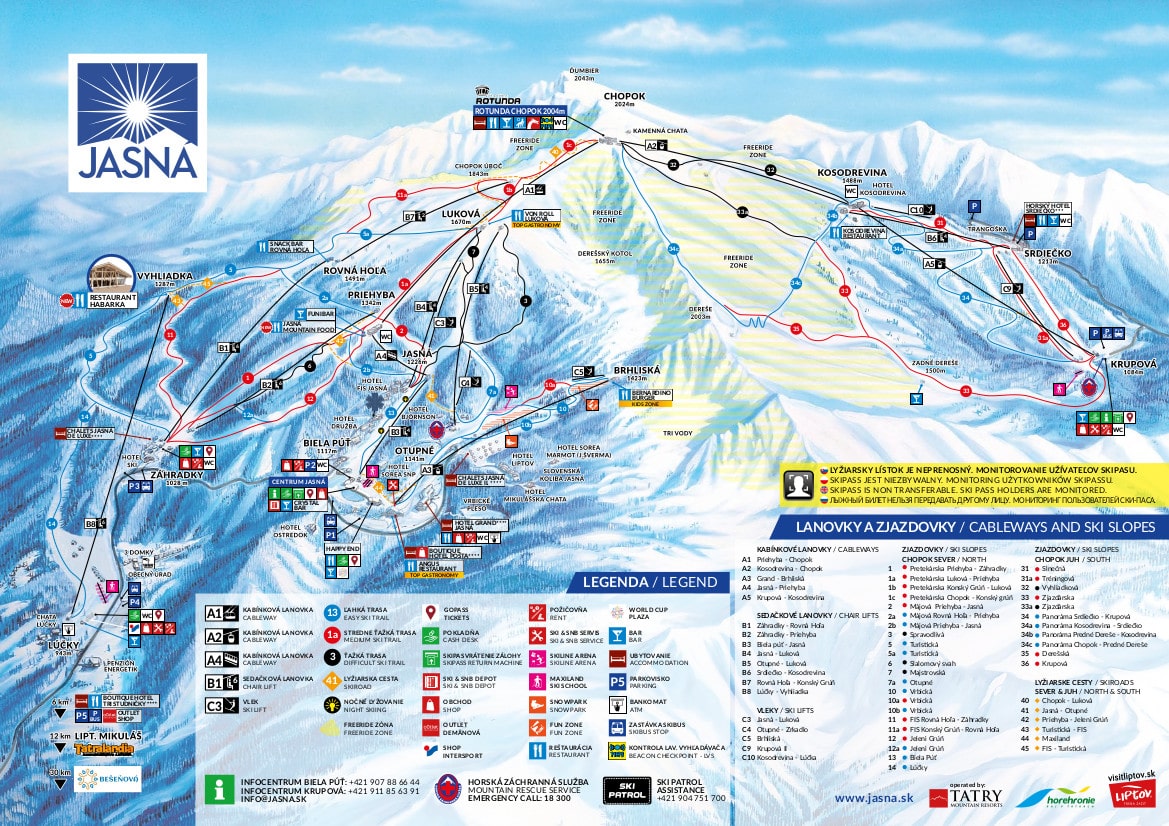 The first is that there is no town up here on the hill. I’m staying in the nearby small city of Liptovský Mikuláš, and while it is nice to have access to affordable food and lodging, I can do without the packed twenty minute bus ride up to the mountain. It’s even rougher at the end of they day when you’re stuck with a large crowd that all want to leave at the same time. 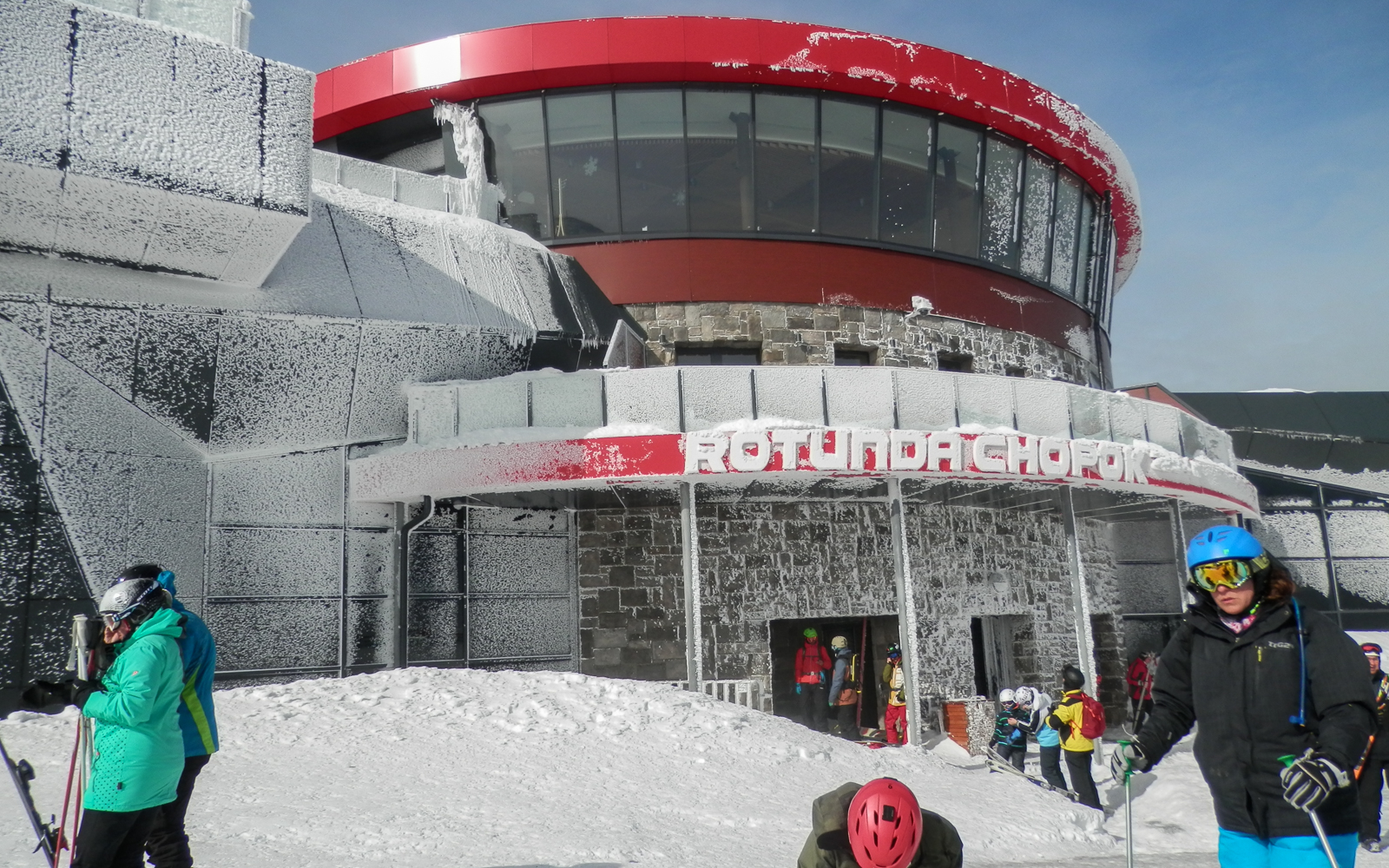 The other reason is that Slovakia is in the Schengen Area, which means I’ve already started the 90-day clock on my tourist visa, which also means that I’m going to run into issues later on in the year when I want to cover 15 music festivals in 15 weekends in 15 different countries. 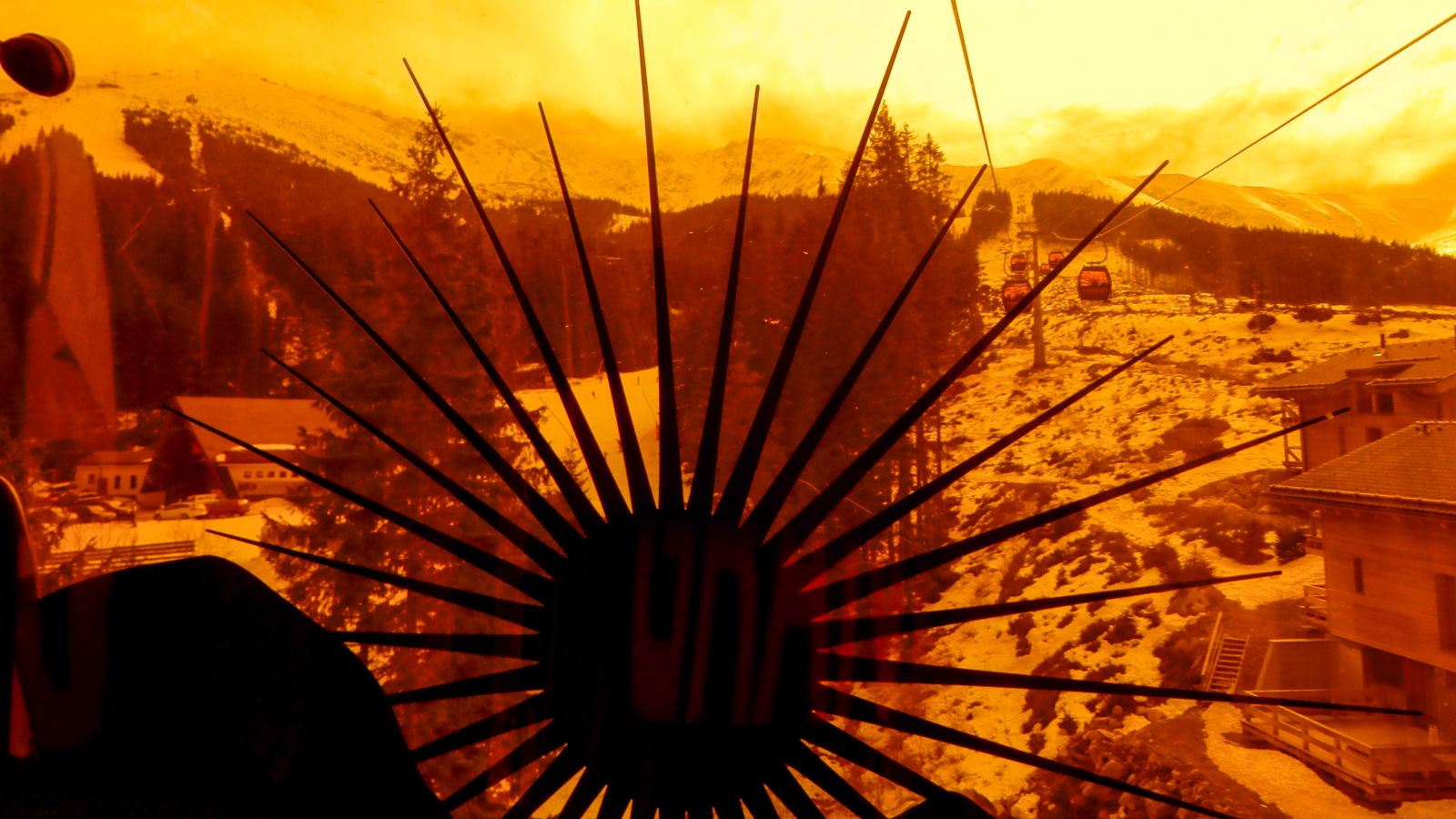 It’s nothing but groomers for the two days I’m here…except for one ill-fated run down what I guessed later to be a closed trail. I don’t know, what do you think? It’s usually a bad sign when you have to take your board off to jump over a running stream.

Here’s another shot of the bowl to the skier’s left of the main gondola. Add a few feet of snow and this looks like a hell of a playground.

And here’s a shot of the ridge to the right of the gondola which looks like more low angle runs and easier hiking. Like I said, tons of potential for free-riding here. 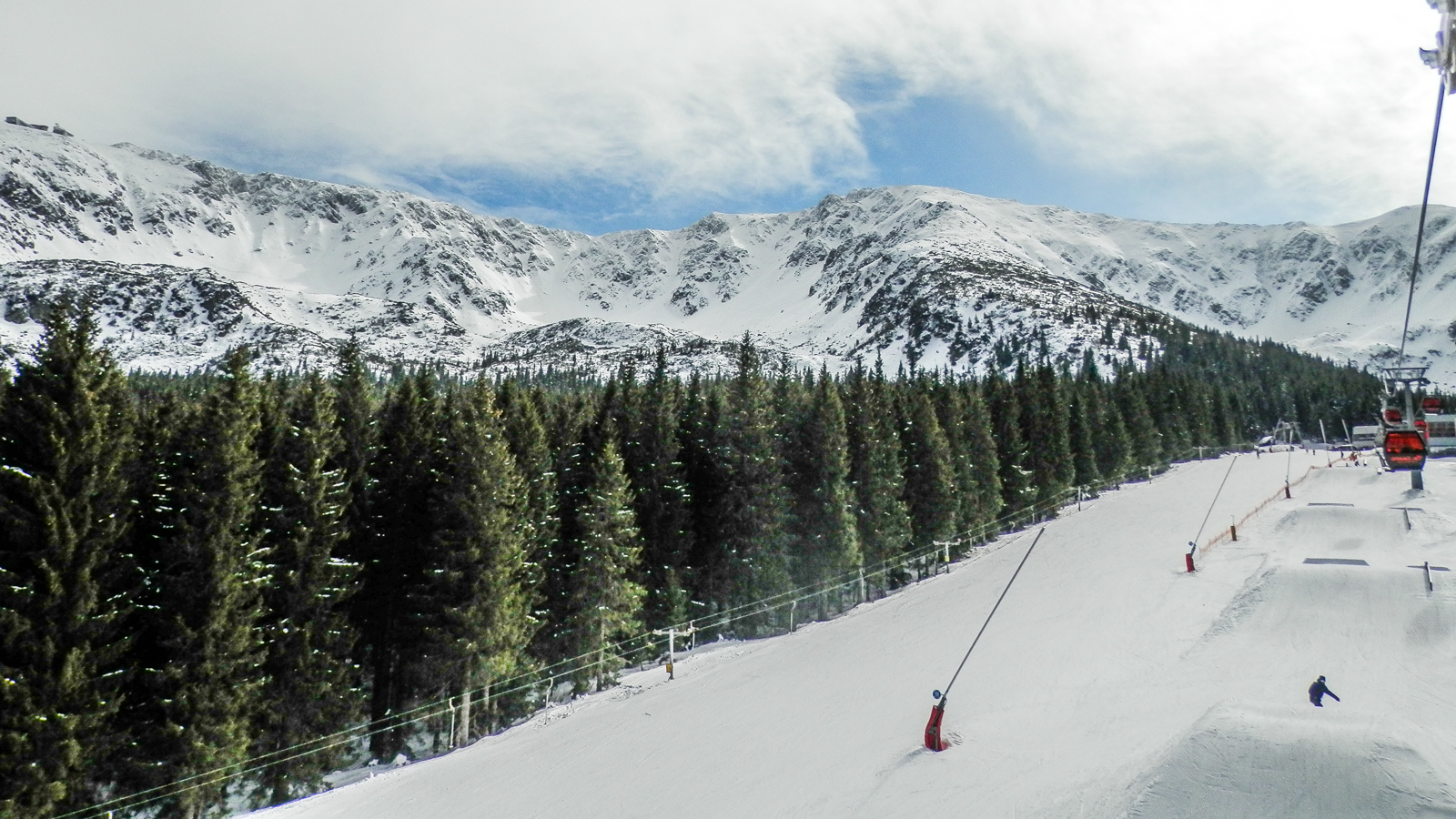 Notes on Jasná Resort
Out of the three ski areas I’ve been to in Slovakia, this is definitely the best one, and I suspect the best in the country. The daily lift tickets were under $35 USD and you could easily spend a week here on a ski holiday. Even with a lack of snowfall, the riding here was great, and definitely my top pick if you’re planning a ski trip to Eastern Europe. I’ll be back here again someday!

It’s not the most exciting city, but your best bet for budget lodging is in Liptovský Mikuláš. However, I would recommend throwing down the extra money to stay up near the mountain. You really don’t want to mess around with either the bus or the traffic on the ski road. 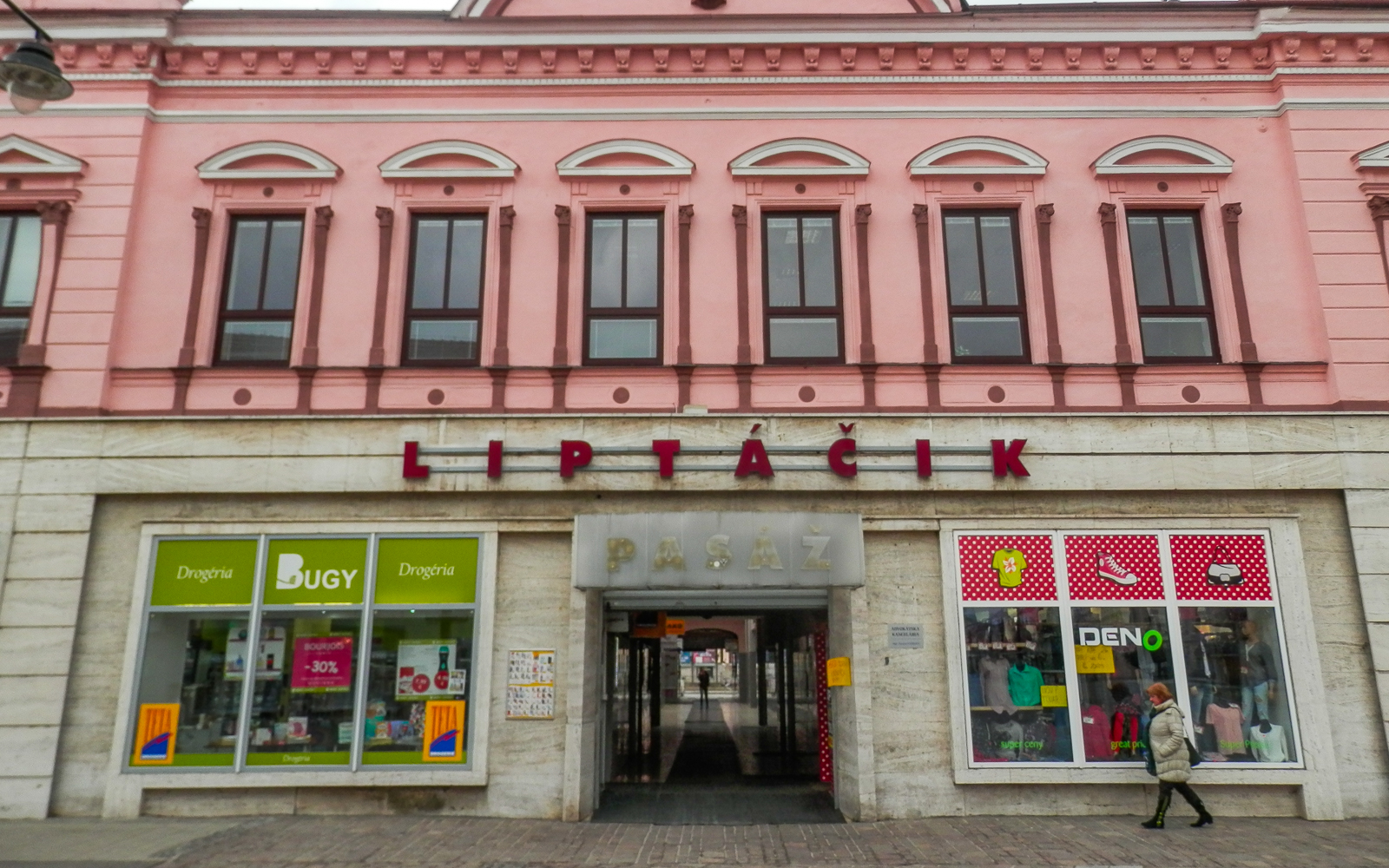