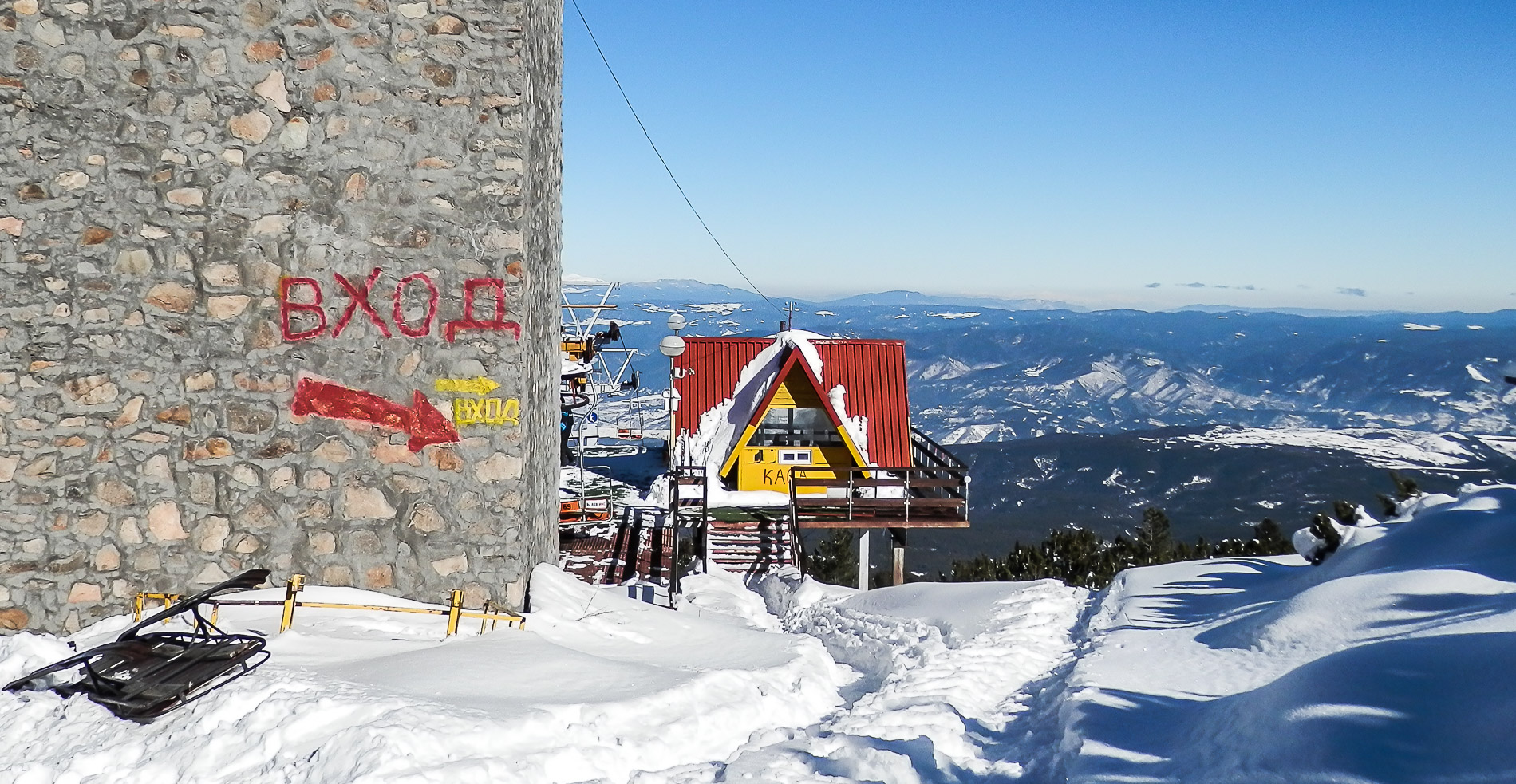 It’s eight in the morning and I’m alone on a deserted foggy road. Well, alone except for the police officers. They’re sitting in a van and blocking a perfectly good hitch spot. I’m not entirely sure if it’s legal to hitch here, but after a small pantomime conversation, I get a half-hearted shrug — the universal gesture for “I don’t give a shit.”

With that settled, I’m off. 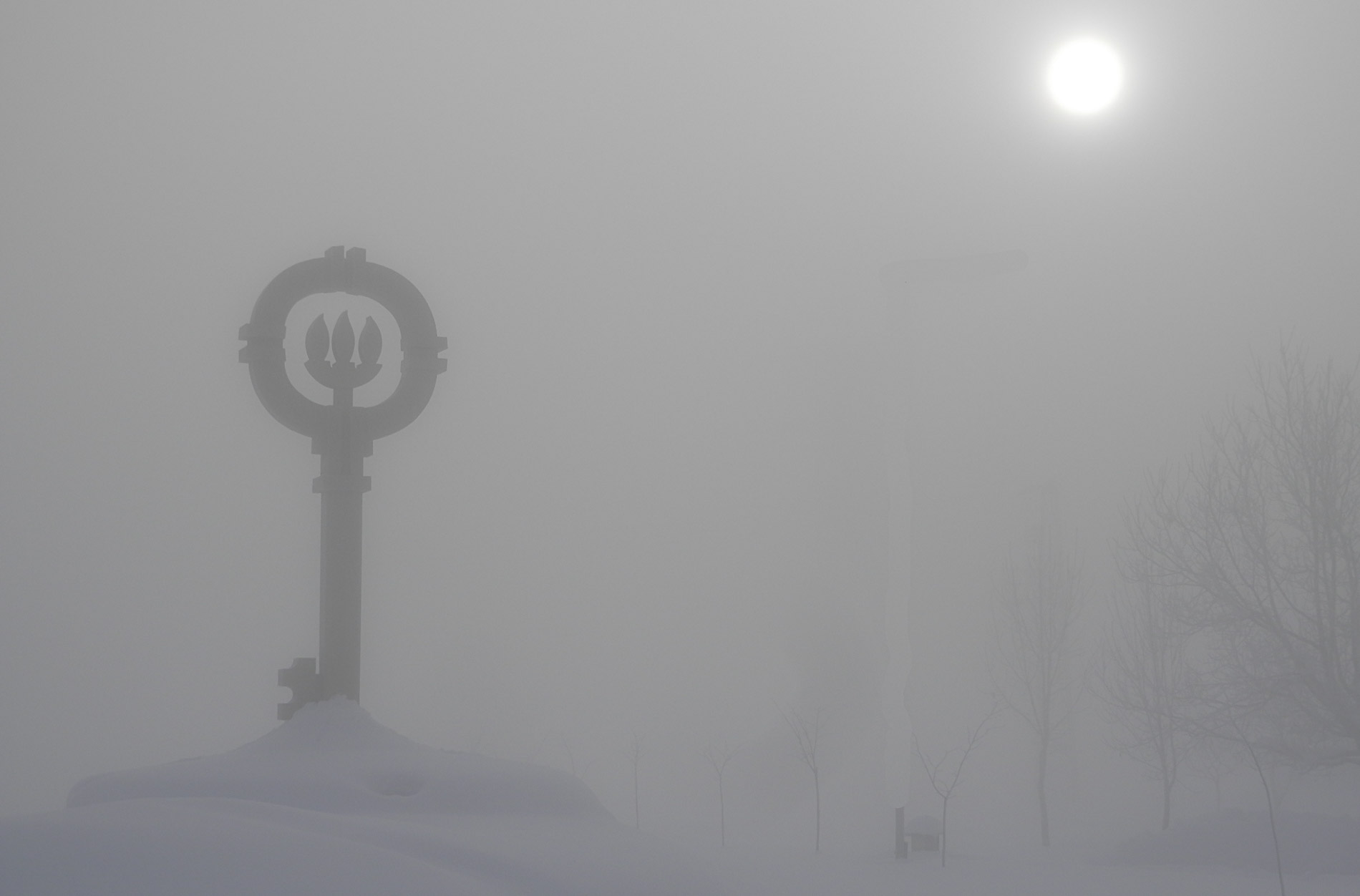 It’s Sunday and Bansko is completely packed with hour long lines at the gondola. I’m following a tip from the Belgian living at my hostel and hitching to a remote ski hill twenty kilometers down the road. The fog is a bit insane, and with all the snow, I’m perched on top of the snowbank so I don’t get hit by any cars.

I’m there for less than ten minutes, before I’m picked up by a local on his way to work. He doesn’t speak much English, but enough for me to learn he’s on his way to work at a local spa.  After a quick coffee at a bar, I’m treking my way through Dobrishinte to the other side of town. 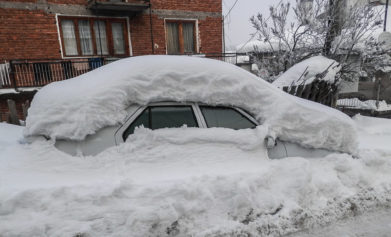 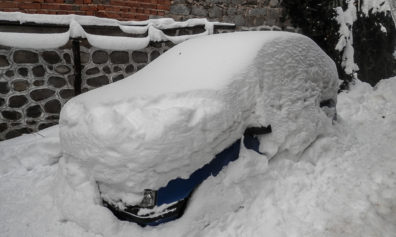 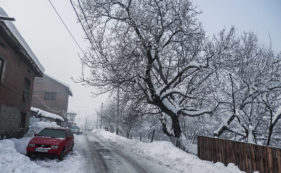 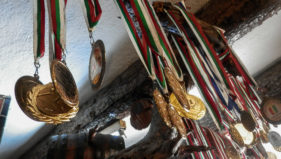 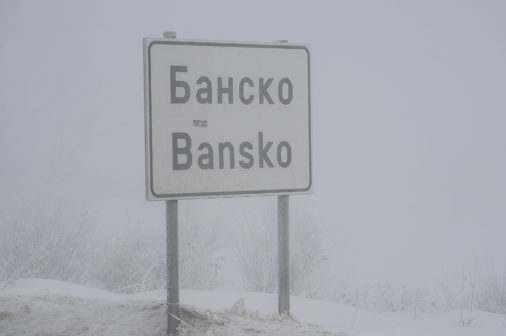 There’s a ten year old waiting there dressed up in his ski gear and hitching. His name is Nico. I don’t generally like kids, but Nico is a stone cold bad ass, and picks us up a ride in under five minutes. We are also able to reckon out that Nico’s dad runs a ski shop at the base, so that’s our first stop. Nico’s father seems shockingly unconcerned that a stranger just showed up with his kid. 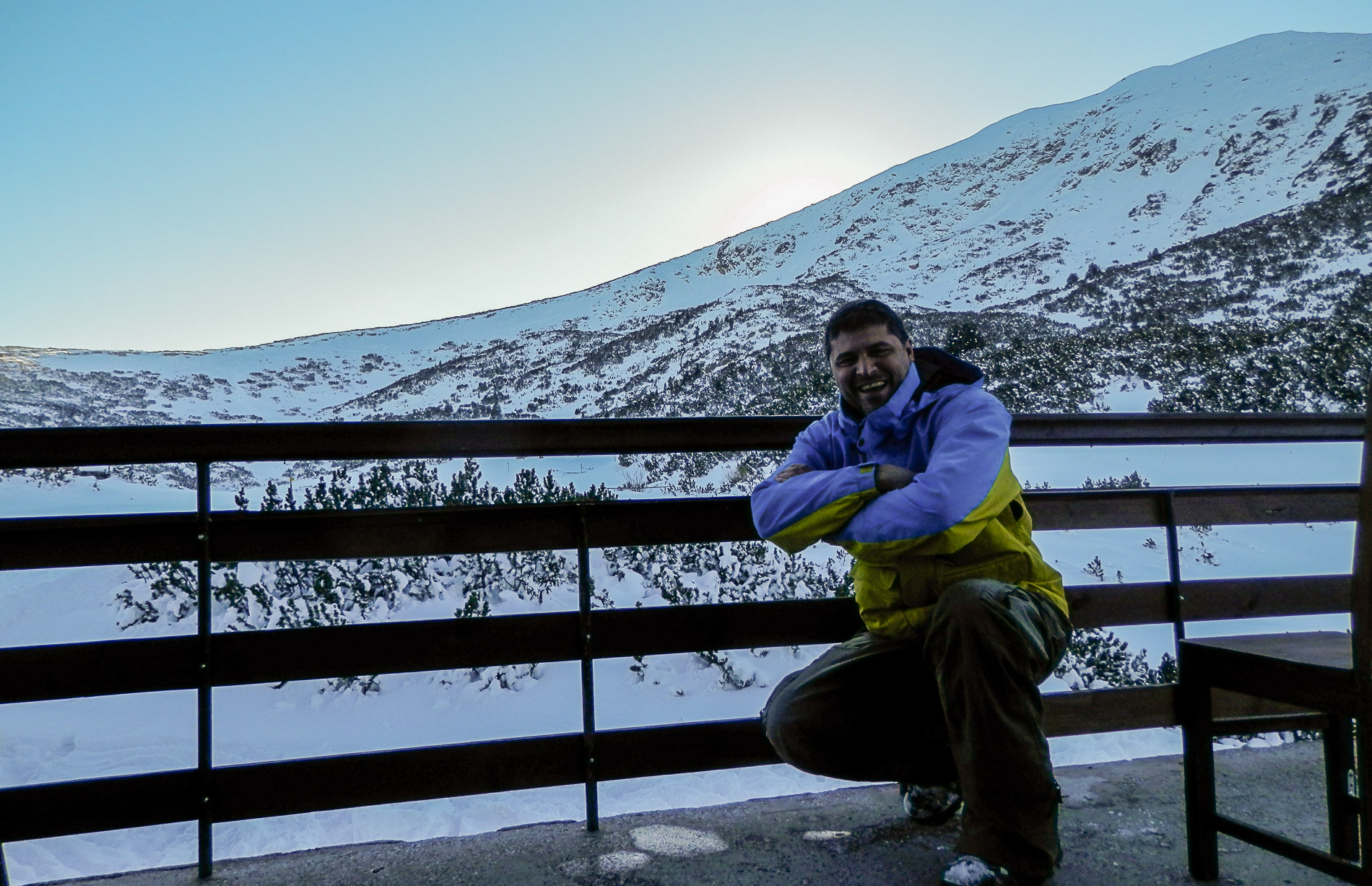 Goce Delchev reminds me of a family friendly ski areas in New England. It’s small, but uncrowded for a Sunday. There’s just a single chairlift that runs to a midway station before continuing on to the top. The bottom half is where I spend most of the day and the tree runs are just stellar down here. Even two days after the last storm, there’s more than plenty soft stashes tucked throughout. 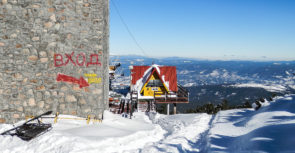 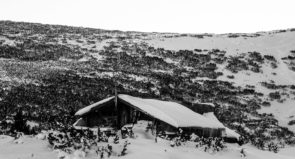 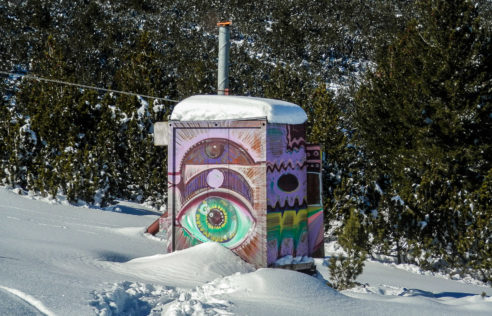 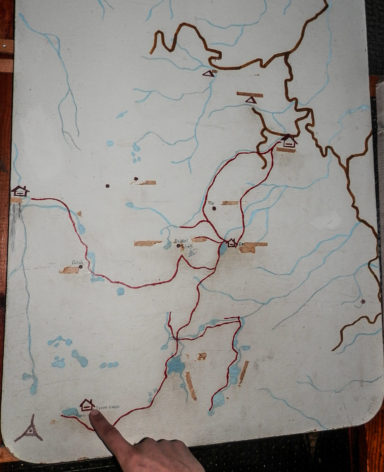 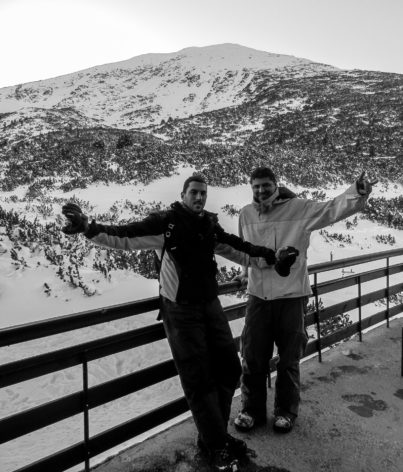 Bulgaria continues to have a loose relationship with lift safety. I’m following the local example and carrying my snowboard onto the lift in my hands. There’s a moment getting off where you have to jump and run to the right or the chair knocks you down that’s probably a little more thrilling than it needs to be. I also see a dog get onto a lift with two people. Mind you, this is not an avalanche dog. Just somebody’s pet. I mention some of this to my chair-mate. “This would be illegal in North America.” Boris from Serbia responds with “We are a bit more carefree here.”

Lunch is a delight. I have a huge plate of chicken and rice along with a bowl of tasty white bean soup. This meal would have cost me around $16 back in Montana. Here it costs $4. I would eat more if I wasn’t already so full. 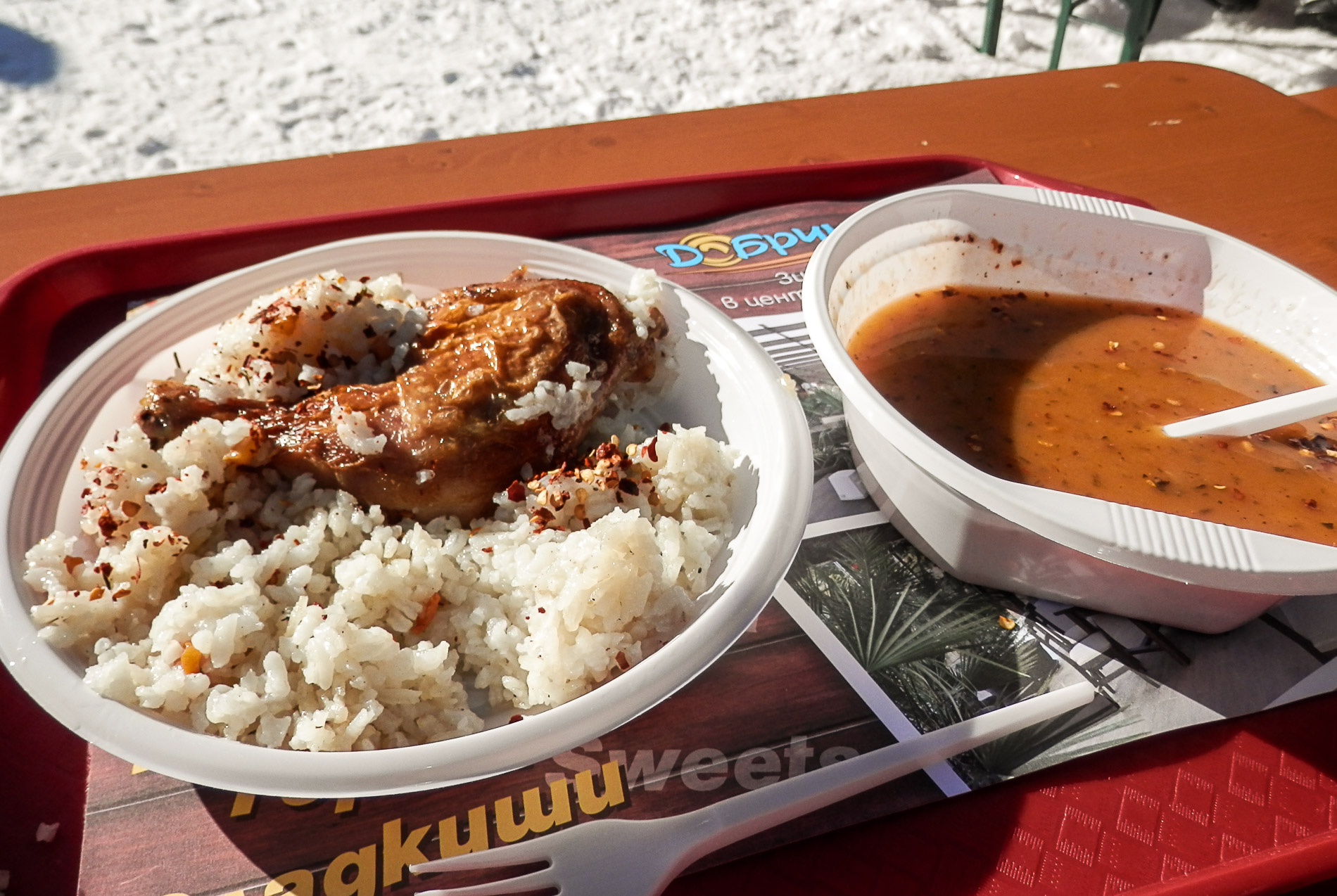 Like many small ski areas, you end up running into everyone. I see Nico almost every run, the Ukranian couple from my hostel learning to ski, Boris from the lift, and my buddy Christo from Sofia who wants to know how I know a Bulgarian kid. 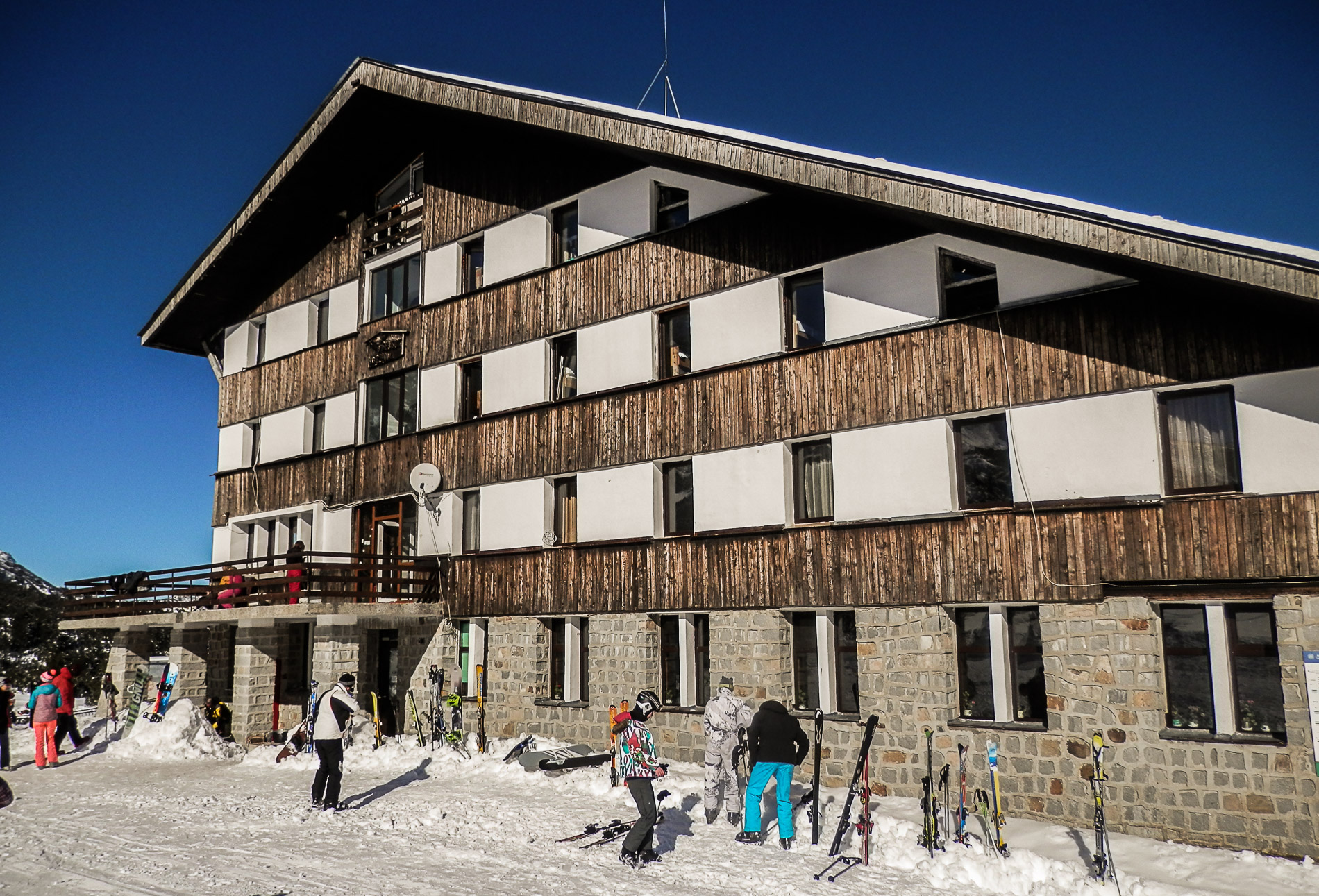 The top half of the mountain consists mainly of a long groomer run and epic views of the surrounding valley. Also up here is the Bezbog Hut. This is an incredible lodge that can only be reached by the chairlift. They have a special platform for luggage or you can just haul your backpack up on your lap. Christo has been staying up here for the past three nights and hiking the epic backcountry that surrounds the peak. He tells me that a fourteen bed dorm room runs him 15 leva/night ($7.75/night).

Christo takes me for a final run around 3:30 from the top to the bottom. It’s a long burner capped off with another small adventure through the woods. At the bottom, his friend is waiting for us and we dig out his Subaru from the snowbank, and take off for home (of course, blasting electronic music and driving full speed down the hill). 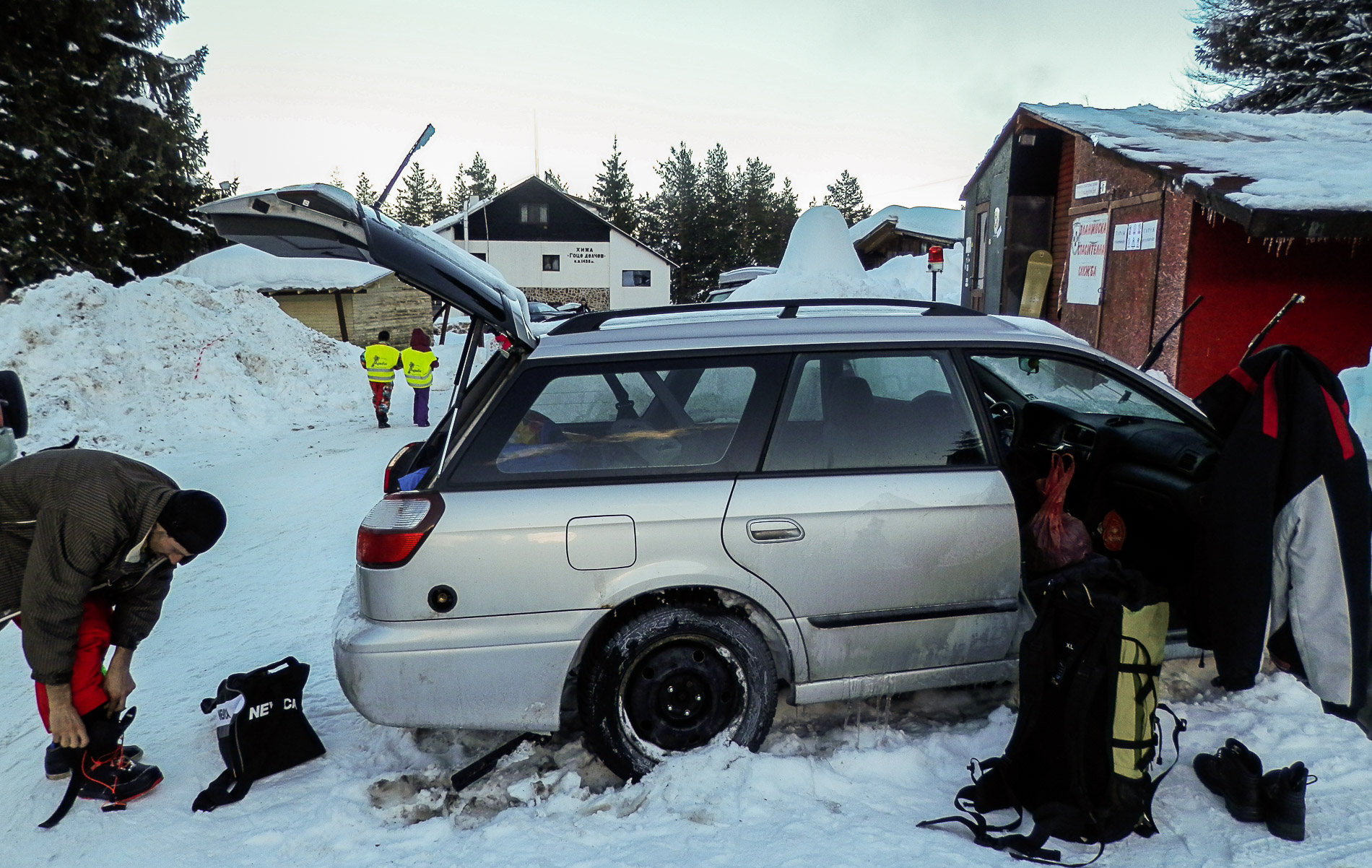 Song of the Day: Boom, Major Lazer
Video came on while eating breakfast at my hostel