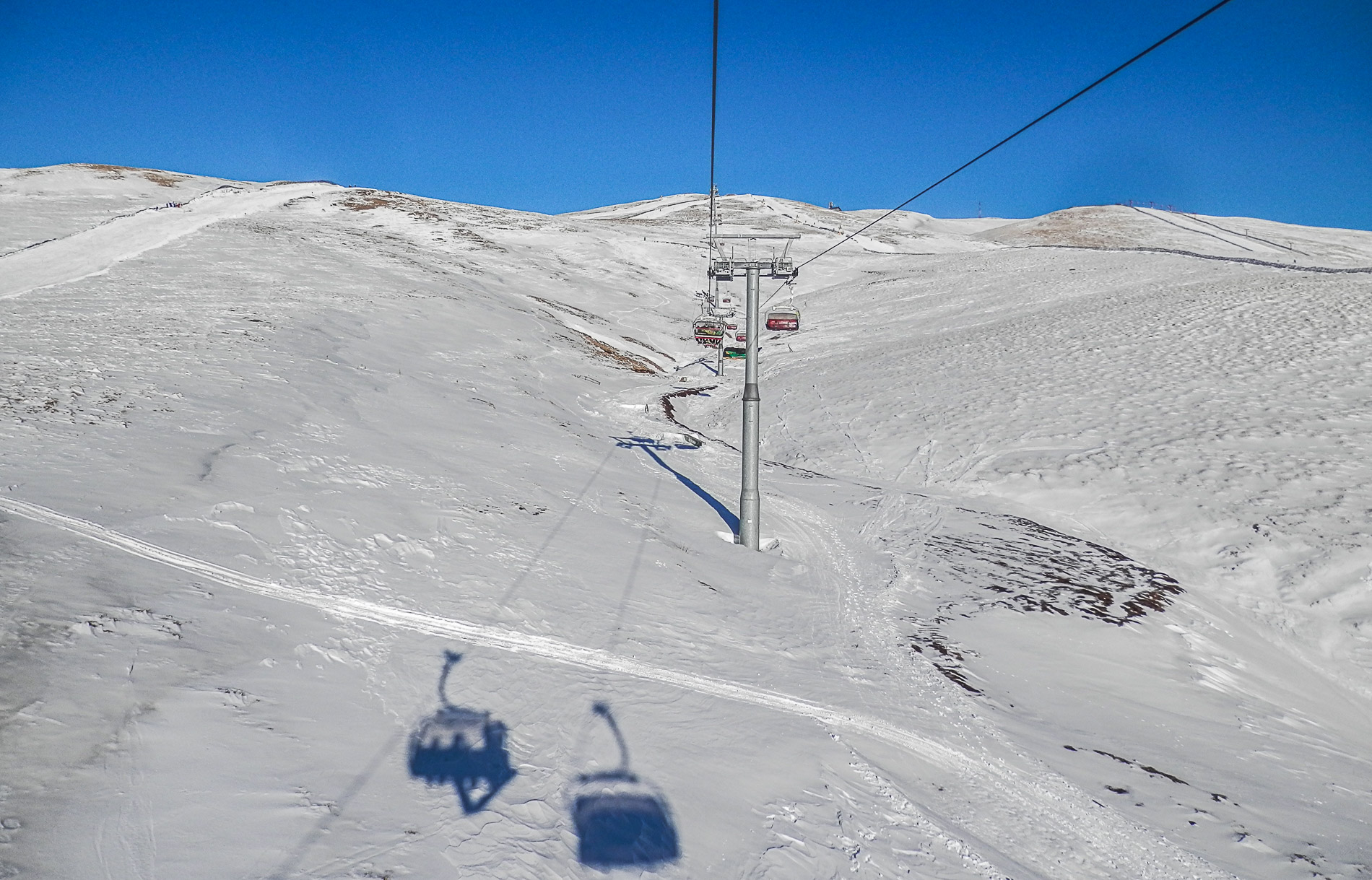 One day and one wind-grounded lift later, I’m back in the parking lot of Sinaia and I’m excited to tear it up. The good news? The bright pink gondola is spinning today and I’m up to the mid-mountain in no time. The bad news? The second gondola is broken today. 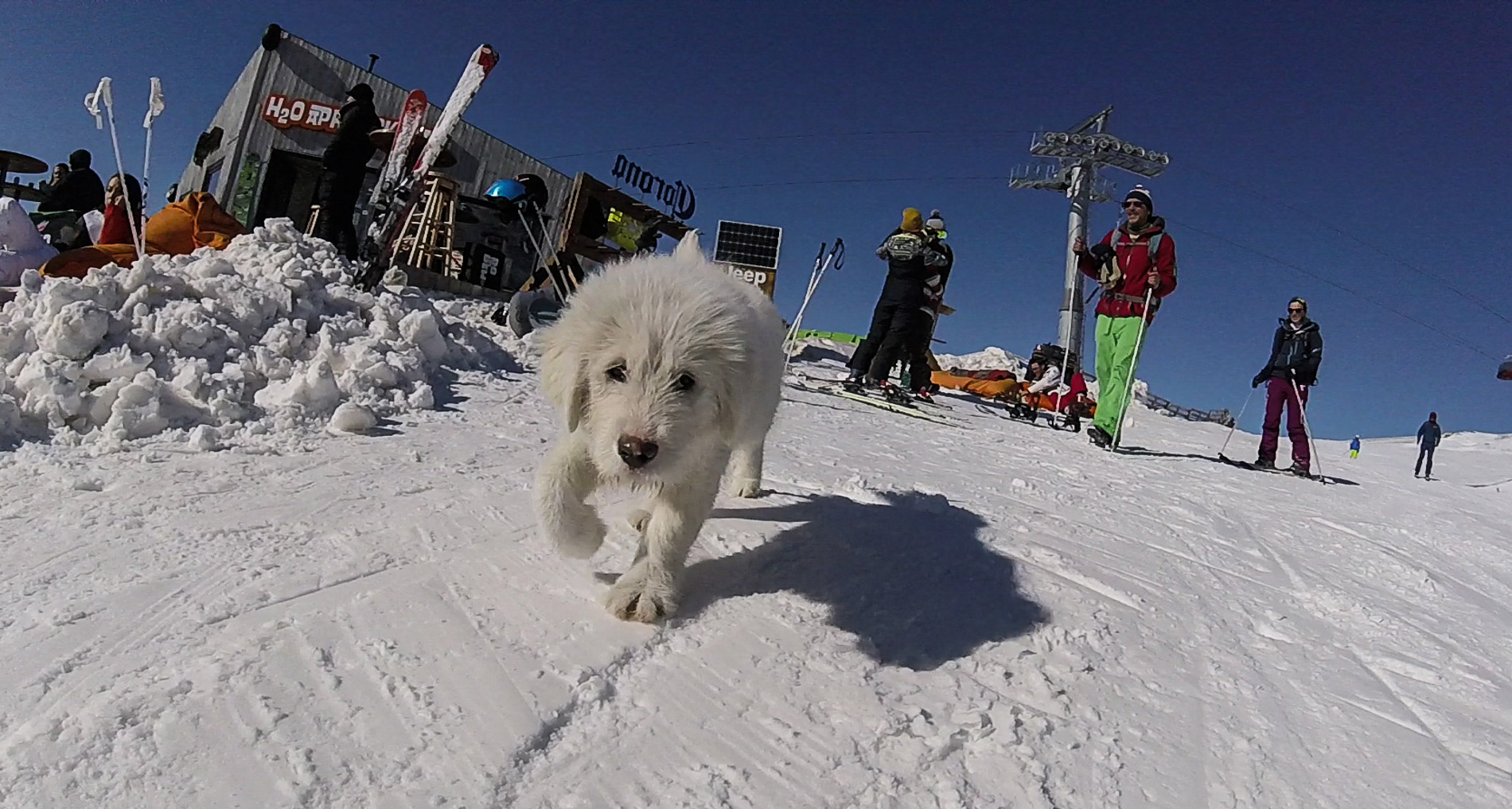 Time For a New Motto
Gondola Sinaia’s motto is “Ride Pink and Fly”, which felt more like “Ride Pink And Spend Half Your Day Standing Around”. Besides the broken summit gondola not opening until eleven, the other gondola back to the base area broke down in the afternoon, leaving about a hundred of us stranded on the mid-mountain for nearly an hour while the ski area tried to scare up a bus.

Two Owners, One Mountain
Along with the gondola, there’s also a cable car that runs straight from the city center to the top of Sinaia. And this being Romania, here’s where it gets really confusing  — the gondola and the tram are owned by two different companies.  And it doesn’t get any less confusing at the top of the peak. There’s a high speed quad (owned by Gondola Sinaia) and an old double chair (owned by the tram company).

Take a Deep Breath…Let’s Reset
All issues aside with the frustration of actually getting to snowboard, this ended up being a peach of a day on the mountain. The sun softened up the slopes into some spring skiing, I found a few challenging off-piste spots, and had a few drinks at the top of the world, reclining on comfortable cushions out on the deck with my new friends from Busteni.

Riding the Top of the World
Most of action takes place on the backside of the summit, where there’s half-a dozen steepish groomers that run down to a high speed quad. They’re not very wide, but the runs do have a decent pitch. The real superstars up here are the epic views and there was rarely a spot where I didn’t have a jaw-dropping postcard window scene of the Carpathian Mountains.

Snow Much More Potential
It’s been a bad year for snow in Romania, which is surprising as Bulgaria, just eight hours to the south is having an above average winter. Sinaia suffers from its high peak location with no trees and lots of high winds. I dipped into some of the open spaces between trails and hit some bulletproof snow along with plenty of grassy spots. Towards the end of the afternoon, some of these spots softened up nicely enough for some spring skiing corn.

Oh, you want to see video of Sinaia?

Missing Out
With the lack of snow, most of the off-piste terrain was off-limits as well. It wouldn’t take much to transform the top of Sinaia into a rider’s paradise. Everything back here is easily reached from a groomed trail and the underside is mostly grass with a surprising lack of rocks. I also didn’t get to expereince any of the frontside of the mountain except for one ill-advised trek down a partially closed trail.

So What’s the Verdict?
After the hijinks with the gondolas, I packed up and left, hoping that Poina Brasova could provide a bit more consistancy, so I only have a single day of Sinaia under my belt. If you happen to be passing through Sinaia with your gear, definitely stop for a day or two, but I wouldn’t plan a ski trip here quite yet.

Money, Money, Money
The lift ticket cost just around $35 for a full day, $30 for a morning half-day (9am-1pm), and $20 for an afternoon half-day (1pm-5pm). There’s also a four-hour ticket, a two-hour ticket, and a single ride if you just want to see the views (which I highly recommend). And there’s a whole other set of prices if you take the tram or ride the double-chair. Oh, and for even more options, there’s a complicated punch card system with a completely different set of prices.

Where to Sleep
Sinaia has no shortage of affordable hotels and apartments and it’s a pretty town, so stay here if you can swing it. I ended up in a small, modern pension with balcony views of Sinaia, high-speed internet, and a comfortable bed for less than $22/night. 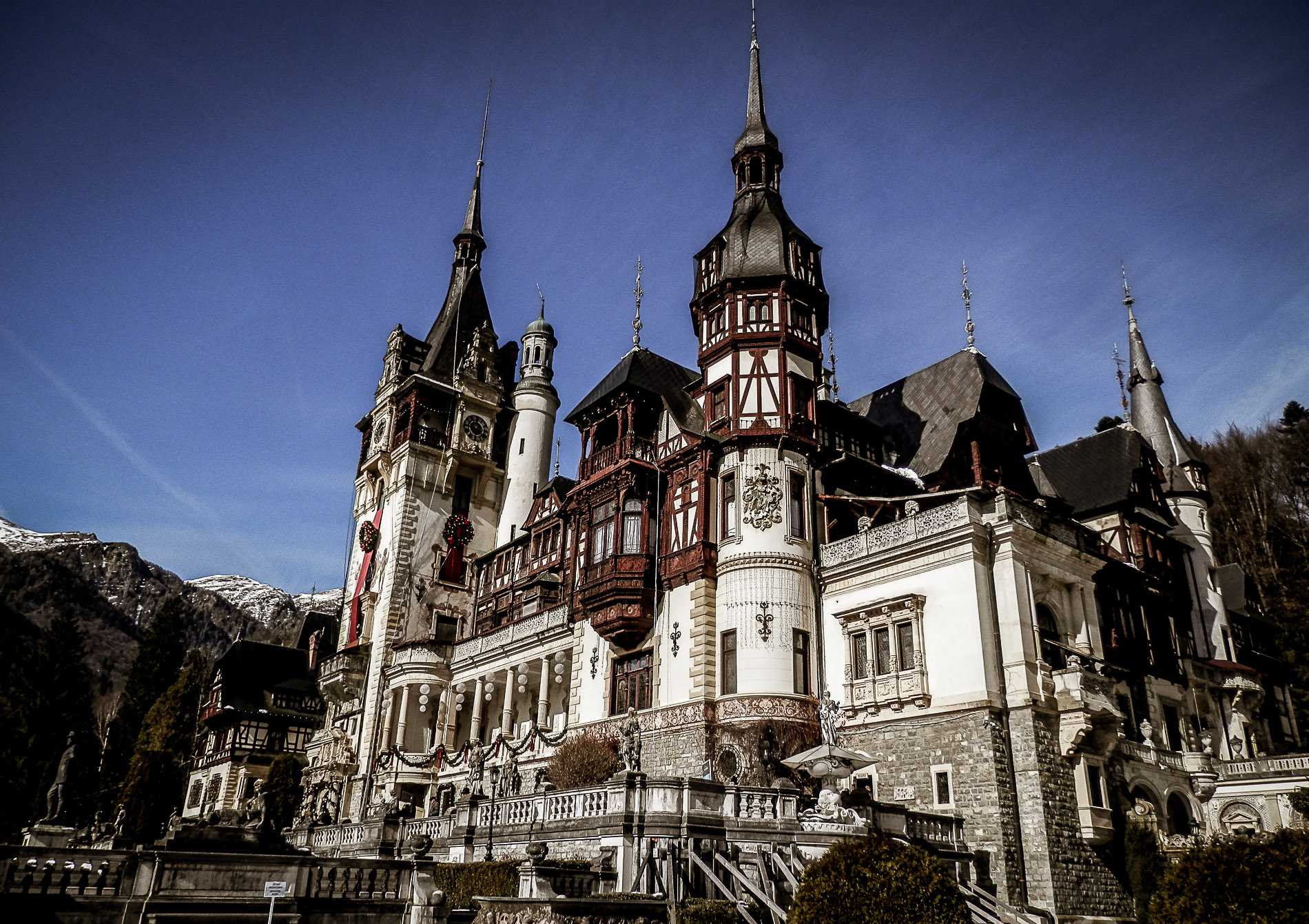 Song of the Day:
After a teeth-shattering experimental run across the off-piste hardpack, I stopped for an Irish Coffee at the H20 Apres-Ski Bar located at the base of the mountain where Bulletproof by La Roux was playing.